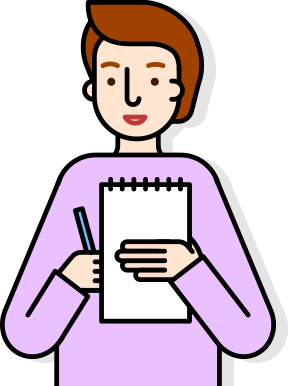 - Preferential origin is governed by a bilateral agreement.

ㅇ An Origin Verification process is required to determine origin. Origin verification means that the customs authorities of the importing country have a legitimate Originating Status for the imported goods and that they have been registered for customs clearance in accordance with the Origin Procedure.

ㅇ If there is an objection to the verification of origin, the relevant administrative or judicial authority shall be able to determine the place of origin, and the judgment shall be based on the precedent and the Customs Act. The U.S. Court of International Trade provides precedents for procedural requirements, proof of liability, negligence, evidence, and item classification of origin rules.

ㅇ In the case of non-preferential origin determination criteria, the basis of the actual variation standard is based mainly on the case law, and it is judged based on the change in properties and usage when determining the place of origin.

ㅇ For general goods, change in tariff heading standards are mainly applied, but regarding textile, we have set separate origin determination standards for the purpose of quantity control.

ㅇ In the United States, proof of origin for imported goods is optional, but not mandatory.

- Vehicles manufactured on or after October 1, 1994 specify the country of automobile assembly, the proportion of parts made in the United States, and the duty to display the origin of an automobile engine and transmission.

ㅇ Non-preferential origin determination criteria apply to material variation standards for goods imported from countries other than NAFTA. It is based on the change in name, property, and purpose of use, and has been developed through court precedents.

ㅇ The actual deformation standard means that, the standard for determining the place of origin by whether a substantial deformation has occurred to the extent that the intrinsic characteristics of the article change, such as a new name, characteristic, or shape, in the region when the production of a specific good has been completed through more than two countries.

- The following criteria apply to the extent of substantial deformation.

1) When the tariff heading is changed

2) If a certain percentage of added value is created

3) In case of a specific machining process

- There is a tendency to place emphasis on the nature, use change, value-added and investment amount when determining the place of origin by the actual transformation standard.

- Exceptionally, non-preferential origin judgment of textile products is subject to the full production standard and the tariff change standard.

ㅇFor other goods, mixtures and composites, the origin of each raw material that contributes equally to the essential characterization shall be determined by the country of origin.

ㅇ In addition, the "Customs Act" sets the standards for substitutable goods, micro standards, indirect materials, and unrecognized processes and individual items. For textile, the origin is determined based on the full production standard and tariff heading change standard.

ㅇ The US Automobile Notification Act states that vehicles manufactured after October 1, 1994 are obligated to display the country of origin of the vehicle assembly, the proportion of US components, and the car engines and transmissions.

ㅇ The United States does not mandate proof of origin for imported goods, but if you submit false evidence, you must be careful because you are seized or fined according to Article 1592 of the US Customs Act 1930.

ㅇ Preferential origin rules vary from agreement to agreement, and preferential tariffs can be granted through fulfillment of the requirements. The United States is actively utilizing the application of preferential origin, for example, a large number of court precedents for the rules of origin.

- based on a legitimate certificate of origin, the applicant must declare in writing that the item meets the rules of origin,

- at the time of the application for preferential tariff, the certificate of origin must be carried,

- when requesting customs, submit a copy of the certificate of origin,

* However, importers who can not meet the relevant requirements at the time of import declaration can get back the duties paid by applying for preferential tariff within one year from the date of import.

- The certificate of origin must be submitted within one year from the date of import.

- The applicant's period of appeal is 180 days from the date of the importer's notice.

- As far as customs duties are concerned, the importer must observe the post-application period even if it is a customs fault or inevitable.

ㅇ In addition to the procedural requirements, the verdicts may vary according to the requirements of proof of liability, negligence, reasonable caution, evidence, and item classification.

- If you do not fulfill the burden of proof, or if the evidence is not available, the preferential rules of origin can not be applied.

ㅇ CBP Form 28 is a Request for Information form sent by the US Customs to the US importer.

- In the case of origin verification, the phrase "** FTA verification" is included in Form 28, and the importer in the United States will send Form 28 to the exporter to request the cooperation of the data.

ㅇ CBP Form 29 will notify you of the suitability of the origin through the materials submitted by the US Customs officer in the Notice of Action form.

- Form 29 can be issued twice in total. If it is not possible to judge the appropriateness of origin by the submitted documents, it will issue a proposal according to Form 29.